Utah was a strange place for an Ohio girl to visit in the summertime: the nights were oddly chilly, and in the daytime grasshoppers exploded from hot crackling brush under a blue expanse that seemed forever high. But that foreign country was also a familiar one. My grandparents were raised in Utah—two in the southern plateau, two in the northern valleys. 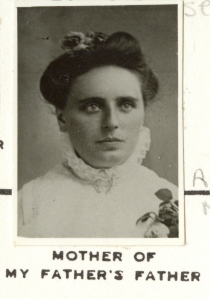 My paternal grandfather, Rangwell Niels Christensen, grew up poor and rangy in sagebrush-strewn Sanpete County. By the time his Norwegian mother made her way to Utah in 1909, the area was overwhelmingly Scandinavian. Anne/Annie Marie Rasmussen had converted to Mormonism as a young woman and, finding herself disowned by her staunchly Lutheran father, booked a steamship passage using a ticket that Christen/Christian Peter Christensen—himself a Danish immigrant—had intended for another girl. Two months after Annie’s arrival, they married. Christian herded sheep, hauled coal and timber, harvested beets and grain, and worked as a bricklayer before saving enough to buy 16 acres of land around the time that my grandfather, the third child and only boy, was born. They named him Ragnvald, after an uncle in Norway—but the nurse on duty heard “Rangwell.” Christian died a year later, the casualty of an irrigation dispute.

Like the father he did not remember, Rangwell—or Chris, as he preferred—tended sheep in the high summer camps while still a boy. He and his two older sisters supplemented the income that their illiterate mother earned as a laundress after a second husband gave her a fourth child, sold her land, and abandoned them all. Annie worked in a local cannery, too, I’ve learned. And her son got out of Ephraim. I now camp with the rubber groundsheet Grandpa used when he took eastern dudes on tours of the Tetons as a young man. After earning a degree from the Ag College—now Utah State—in Logan, he worked as a BIA range conservationist in the Dakotas and Montana. Eventually, in the early 1960s, he returned to south-central Utah as an employee of the Bureau of Land Management. 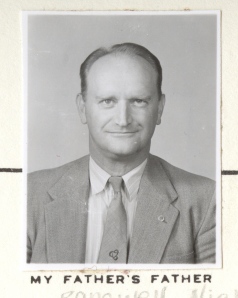 Grandpa had a loud, deep voice. “Love,” he called me. “Danille, love.” This was after he retired. When he was younger, his voice often startled us. He was impatient about sloppiness and waste, would carve thin slices of cheese, drink the water the vegetables were boiled in. When my grandparents were old, and my siblings and cousins and I visited during weekend breaks from college, we would bring dinner with us—then, while everyone chatted in the living room, we’d take turns slipping into the kitchen, finding ways to spirit away greening ham and tiny containers of leftovers past their prime. He died in his sleep one March—an aneurism, we think. My grandmother lived with his body for more than a day, not knowing what to do next.

After Grandpa Christensen died, we realized that he had been covering for Grandma, who would slyly turn our everyday questions back on us to hide her progressing dementia: “Well, what do you think?” Mable Smyth Christensen didn’t want to leave her town, so we found an assisted-care facility nearby. As we cleaned out the house, we found cupboards full of empty butter tubs, hand-painted posters she’d hung in her elementary school classrooms, finished quilt tops, boxes of paper clips and extra Bandaids. Her food storage room, which my father built into the garage in the late 1970s when she and Grandpa were canvassing Scandinavia for long-lost relatives, was full: cherries in wine-colored juice, bread-and-butter pickles, apricots—now fuzzy at the edges—specked with pineapple tidbits, uniform green beans, tomatoes, peaches, pears, and also ghostly raspberries, their juice leached out into the surrounding syrup. Plum jam, crystallized on top. And a slightly shrunken dark solid. “What was it?” we asked her son. “Carrot pudding.” A kind of cake steamed right in the jar. Dad made us all try some, topped with a warm orange-butterscotch sauce. The jar was more than twenty years old. No one died.

Mable had spent her childhood in a family of girls in Fountain Green, a small Sanpete farming town that seemed to me an oasis in an otherwise exhausting landscape of silvered wood and brown grass. Once, on a visit in the 1980s, she showed us the spring filled with watercress; we collected buckets of freshwater snails. She loved to wear hats, was afraid of lightning, treasured books, worked hard at school and was getting her teaching degree when she met Grandpa in Logan. He said if she married him he would always be rich. They tied the knot in 1940—she was 29, he was 25—and headed for the Civilian Conservation Corps, where she taught young men from Alabama how to read. Her mother—the daughter of some of Manti’s founding families—never forgave Rangwell for carrying Mable away to live first in a CCC tent and then in drafty Agency homes in Wanblee, Elbowoods, and Browning. 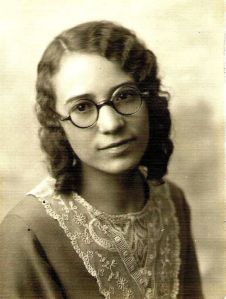 Hundreds of children on the northern reservations, including my dad, learned to read and write under her tutelage before she and Rang returned to Utah, clothbound short-story collections from the 1930s packed carefully in the luggage; in 1965, at the age of 54, she completed her long-suspended Bachelor of Arts degree. I miss her battered compost pail in the mudroom sink, the speckled red linoleum of that small room, the buzz of insects in dry air, the gurgle of the irrigation ditches, the smell of dill gone riot in the garden. Her collapsible blanching basket, sitting now on my basement shelf inside her black enamel canning kettle, brings me pleasure every time I lift a scalding lot of peaches to cool in my kitchen sink.

Mable and Pat before a competition